The UCI warned riders on Friday of cold, freezing and snowy conditions on the mountain course.  They also shortened the race from 96 kilometres to 66, due to dangerous hypothermic conditions at the Olympic Park finish line, site of the 1984 Winter Olympics.

“The weather predictions for the weekend are not good with rainshowers announced for both days and low temperatures at the altitude on the finish. The organisation has decided in consultation with the head of jury and the UCI to limit the distance on both days skipping one mountain loop on both days,” UCI communique.

The first rider to reach the finish and earn a World Championship title was Italian Giovanni Lattanzi in the Men’s 60-64 category, ahead of Pascal Orengo Malonde from Spain, and Günther Sabranski from Austria.

Norwegian Celine Monrad Haslum finished as the first female, becoming World Champion in the F50-54 age group, ahead of Antonela Inkristi from Italy, and Tatjana Panina from Russia. 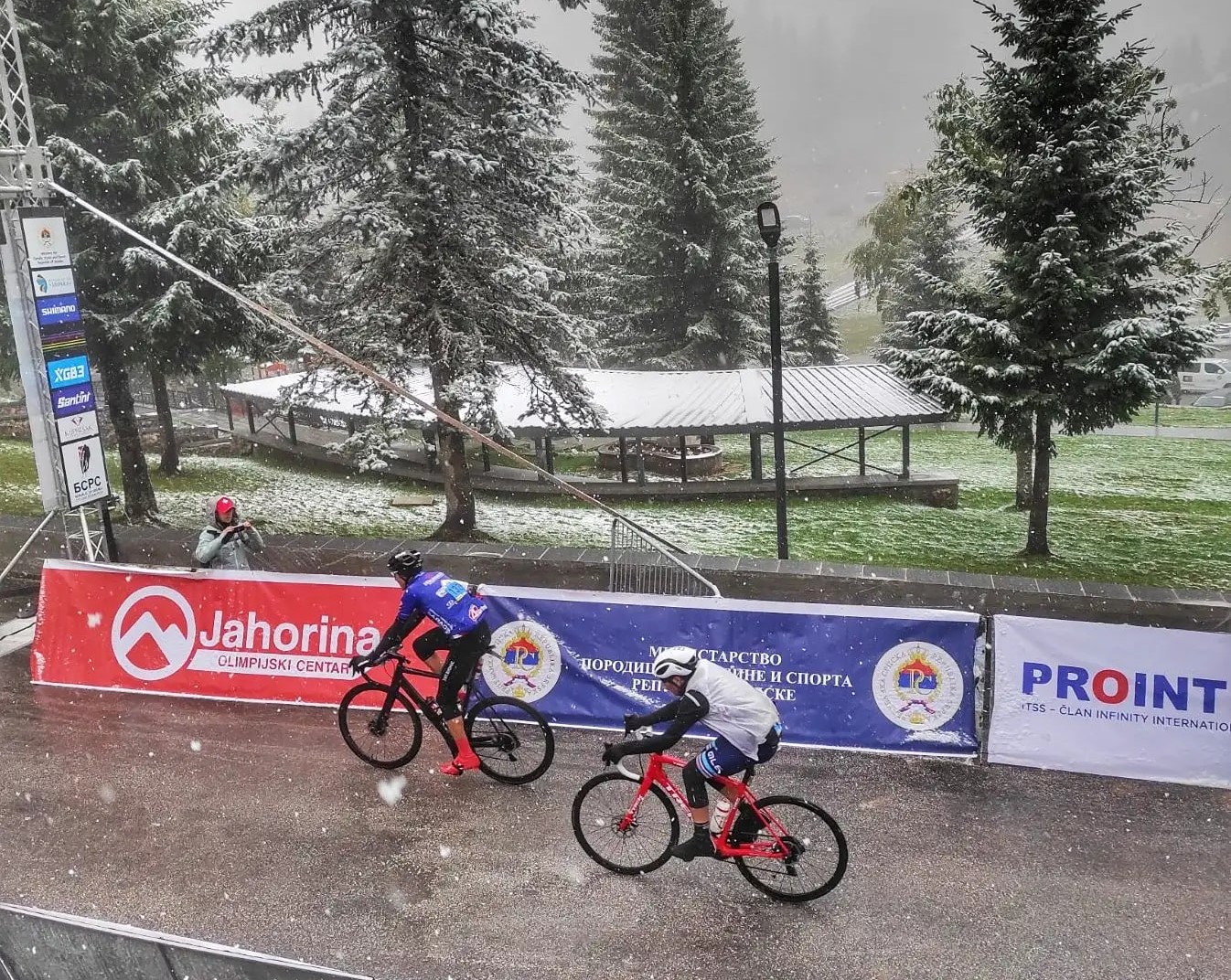 Milena Felići from Italy was the best in the 55-59 age category, followed by silver Elena Pankari from Italy and Valeri Šavan from France.

The gold medal in the women’s 60-64 category was won by the best cyclist of all time, Jenny Longo, ahead of two other French women, Silvana Beckham and Martina Bordorn. In the 65-69 category, the best was Gisele Turo from France, the silver went to Finland, to Tarja Simakala, while the bronze went to the Slovenian, Jožefa Anžel. Slovenian, Martina Ušeničnik, was the only one in the women’s 70-74 competition, and won a gold medal.

In the men’s category of 70-74, the gold medal was won by the Belgian, Rudolf Sluits, the second was the Austrian Gottfried Hinterholzer, and the bronze went to Germany, in the hands of Eric Hammerschmidt.

Josef Bihl from Austria was the only competitor in the men’s 75-79 category, and won gold, while Herbert Lakner won gold in the men’s 80-84 competition.