Gran Fondo Strade Bianche was the much needed end-of-summer cycling event that 5,000 amateur cyclists from 35 countries rode on Sunday in the white chalky hills of Siena, Italy.  The route with breathtaking views of the magnificent autumn landscapes surrounding Siena offered riders a chance to relive the golden age of Italian cycling. 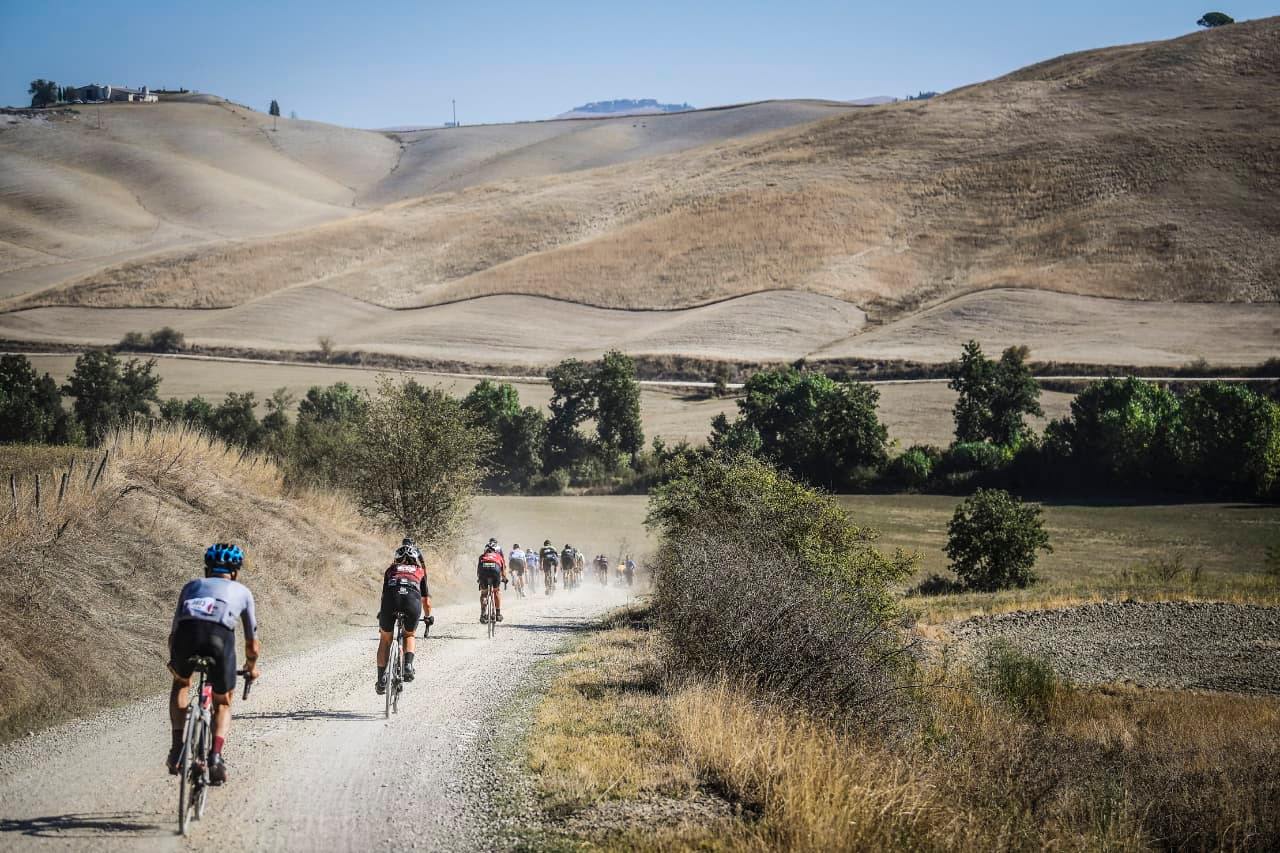 Just to finish the 139 kilometre event with 31 grueling kilometres of epic, dusty, hilly, gravel paths, riders needed superb bike handling skills, courage, dexterity and most of all the ability to suffer – for hours on end.

The event did not occur without local issue though.  Somehow the Siena city leaders scheduled two events in the historic city center on Sunday – Gran Fondo Strade Bianche and the Nobile Contrada dell’Aquila festival that marched on the same streets used by the fondo.

The two events collided in the morning at Piazza Indipendenza, where the Nobile Contrada dell’Aquila marchers blocked and occupied the entire road, effectively blocking the passage of the Strade Bianche cyclists. Both groups were annoyed, believing they each had the sole right to use the road.  Nonetheless, the Contrada locals held the road and the annoyed cyclists were forced to stop and wait for the marchers to move along, thus adding agonizing minutes to their eventual finish time.

Afterwards, the founder of the event, Giancarlo Brocci, offered why Strade Bianche is so unique in the modern era of cycling and on every amateur’s bucket-list, “It is heroic, because it has rediscovered those magnificent preserved hilly roads without asphalt, where the special qualities of the rider are what makes the difference. The dust, or the mud on rainy days, help revive the cycling legends of the past, making for indelible memories to be cherished long after the dust settles and the finish line is crossed.”