71 year-old billionaire Sir Richard Branson crashed at a charity bike race in the British Virgin Islands this week, claiming his brakes failed, causing him to have a “colossal” bike crash that left him covered with bumps, bruises and road rash. 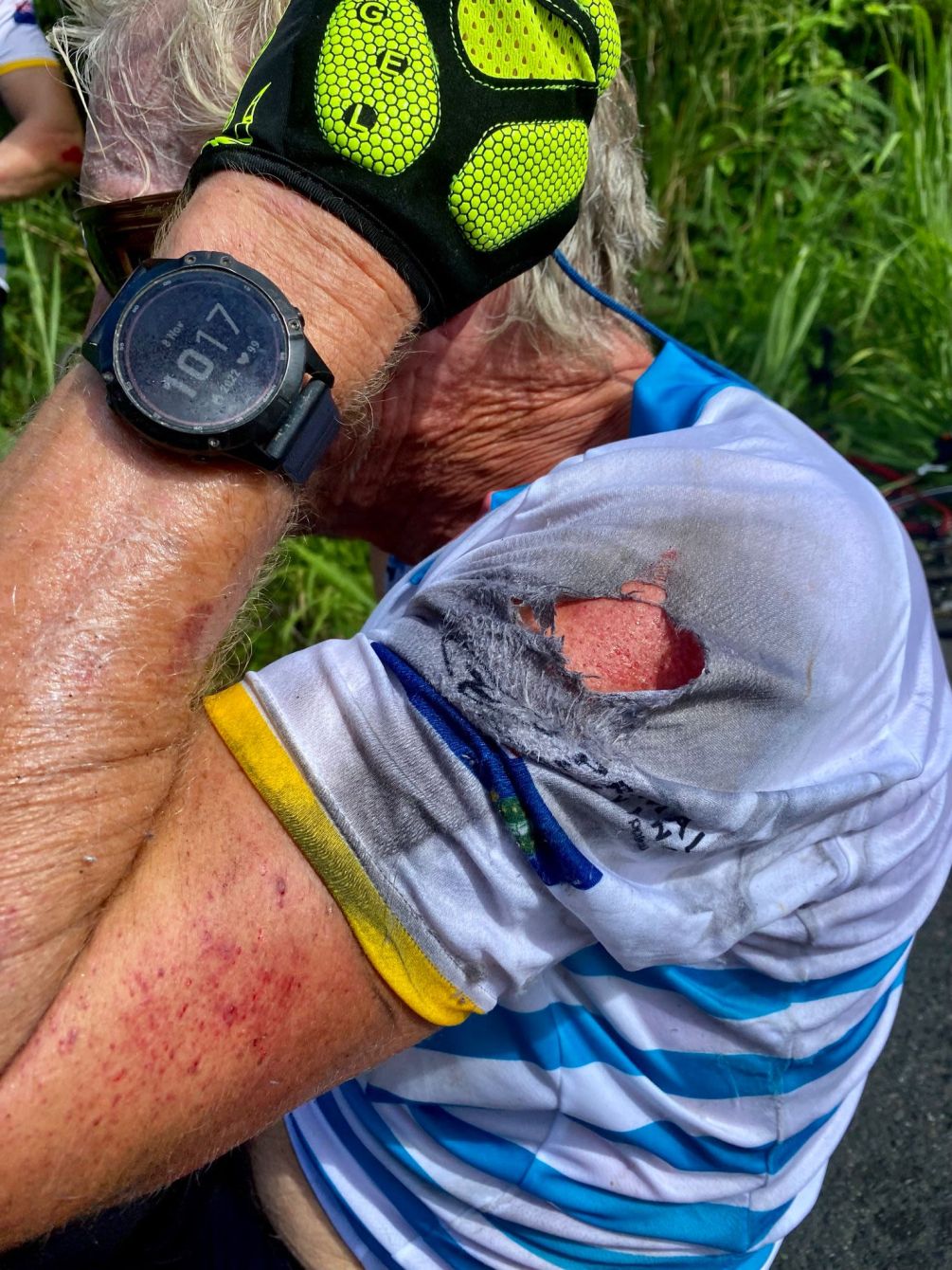 Moments before the accident on a twisty down hill stretch of road, Branson said he grabbed his brake levers as tight as he could – but they “didn’t respond” and he “slammed” onto the asphalt and another rider – Felix Stellmaszek.

On social media Branson posted, “I was navigating a steep corner, with a massive cliff drop to my left, a car coming up the hill, and my fellow driver, Felix Stellmaszek, in front of me passing the car. I pulled on both of my brakes, but they didn’t respond.”

“I cried out to Felix a warning – ‘brakes not working!’ – but he had no chance of getting out of the way. We crashed – hard.”

Both riders were taken to Virgin Gorda hospital and released. 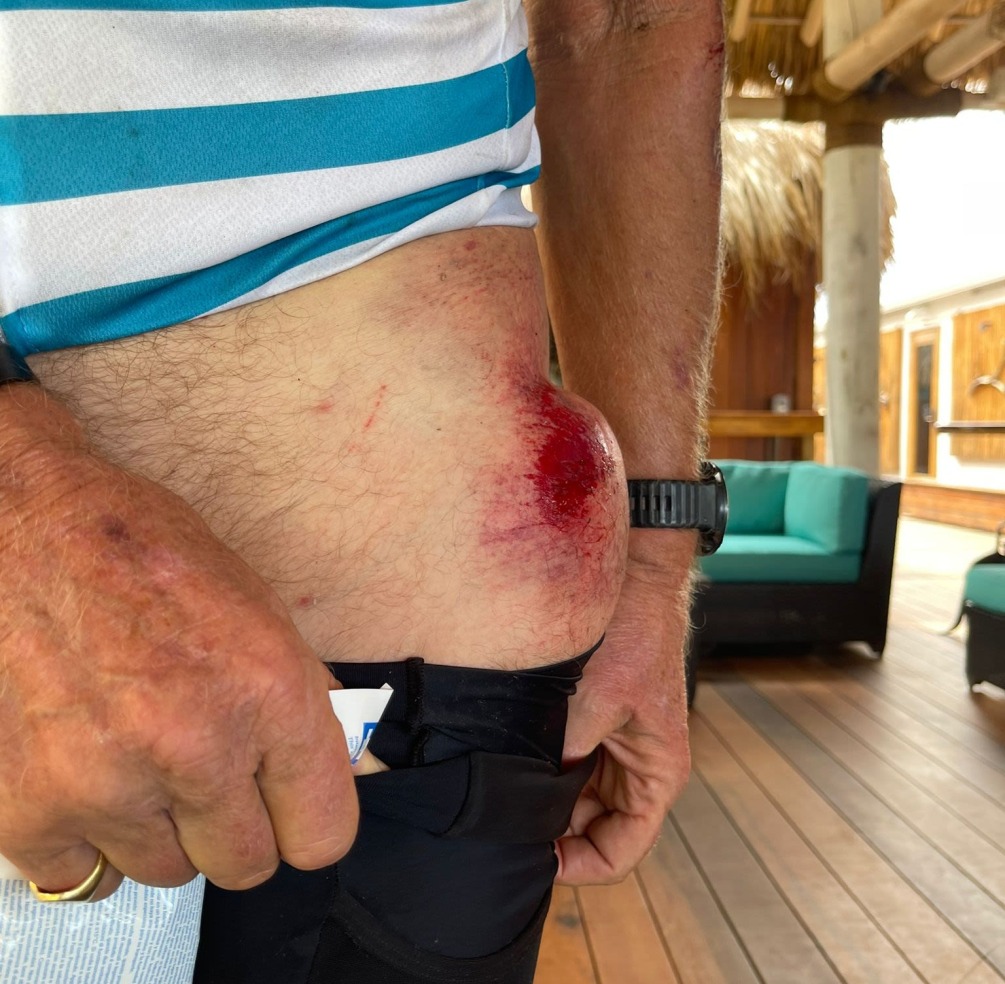 In 2016, he smashed onto the road during a high speed bike descent also in the British Virgin Islands. He was holding the handlebars loosely when he went over a speed bump and lost control, sending him flying head-first into the pavement where he suffered a cracked cheek and some torn ligaments.

The accident prone billionaire is no stranger to adventure crashes and near death experiences.  He says this is his 76th near-death experience, starting in 1972 when a fishing boat sunk on his honeymoon with his first wife.