An amateur gran fondo cyclist in Taiwanese has taken mechanical doping to a whole new level by strapping a jet engine to the back of his bike and roaring down the road at 133kph. 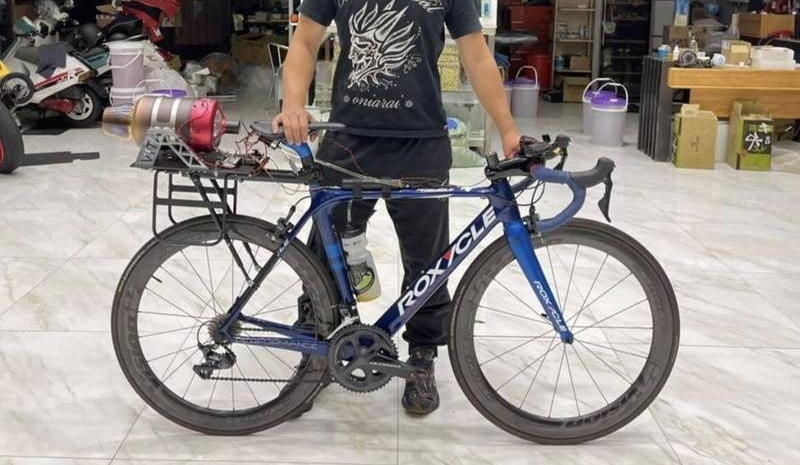 A 37-year-old resident of Tainan purchased a radio-controlled jet engine and mounted it on a rack at the back of his Rox Cycle carbon fibre road bike equipped with Shimano components.  Jet fuel was delivered from a water bottle mounted on the frame, enough to fuel the engine for just 30 seconds.

The video (below) of his one and only test run shows the engine glow, light up and whine before launching the bike out of sight, where it eventually reached 133kph (82.6mph). “I was shocked and did not expect the bike to go so fast,” he told the local newspaper.

However, his jet-bike was not very stealth, it was so loud it caught the attention of police who issued a warning for violating road use rules and threatened to impound the jet-bike if the engine was not removed immediately.