Stage 4 of Haute Route Pyrenees started from Bagnères-de-Luchon, France and included 82km of roads raced in the Tour de France, plus 3250m of climbing with a mountain top finish on the Tourmalet.

It was destined to be epic, nobody knew just how epic.

At the start, with pouring rain, hail and cold temperatures, riders dug out winter gear and suited up to battle the elements. 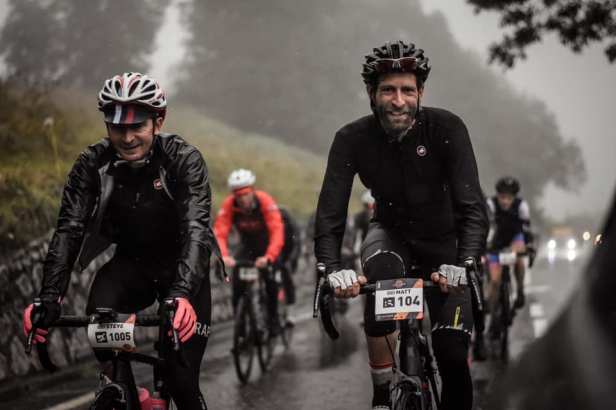 Before the stage Canadian Charlie Gorman tweeted: “Raining cats and dogs (and a bunch of other animals we were told to expect on the descent off of Hourquette d’Ancizan climb) for the Col du Tourmalet day at @Haute_Route Pyrenees.” 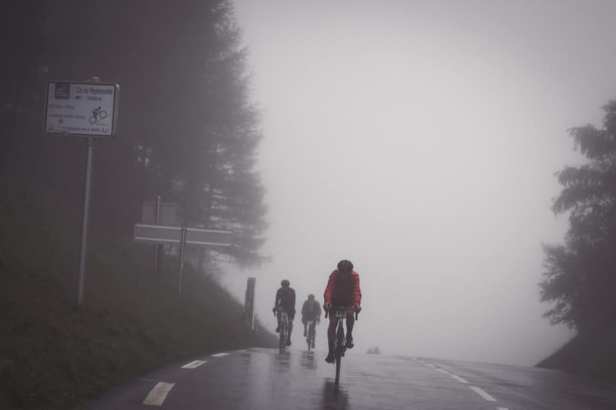 Mid-stage Haute Route made the decision to shorten the queen stage and eliminate the final Tourmalet climb/descent for safety.

Even without the Tourmalet, riders suffered in the miserable conditions over two formidable climbs, the Peyresourde and Hourquette d’Ancizan, before hastily arranged buses picked everyone up for transport to Argelès-Gazost and a well deserve hot meal.

Competitor Mark Ibison from San Diego, USA praised Haute Route for how they handled the stage: “It was a good thing to let the race start this morning. It went well if you were well dressed for it and I made sure I had my winter gear on my back. It was a good decision to cancel the stage at Tourmalet though because the descent into the rain and cold would have been terrible.”